About the time that I retired in 2014 a leaflet came through our letterbox seeking volunteers to help with a series of First World War exhibitions being planned by the Fusilier Museum. I replied and was delighted to be invited by Steph to join the team working on 'One Man's War: The Story of Corporal Walter Croft'. My part was to investigate the wonderful postal system at that time – parents could post a letter to their soldier son and he would receive it in the trenches at supper time next day.

Perhaps because I was in the Royal Navy for a large part of my working life, I found the connection with young soldiers a century ago both fascinating and moving and I was delighted to be asked after the exhibition to stay on as a volunteer and to catalogue the letters written home by young men in WWI. Families have donated these letters to the museum and I think the work done in recording and preserving them and making them available online to researchers is absolutely vital. Working with Steph and her group of volunteers is very stimulating and good fun and, somehow, I became a museum tour guide, too. 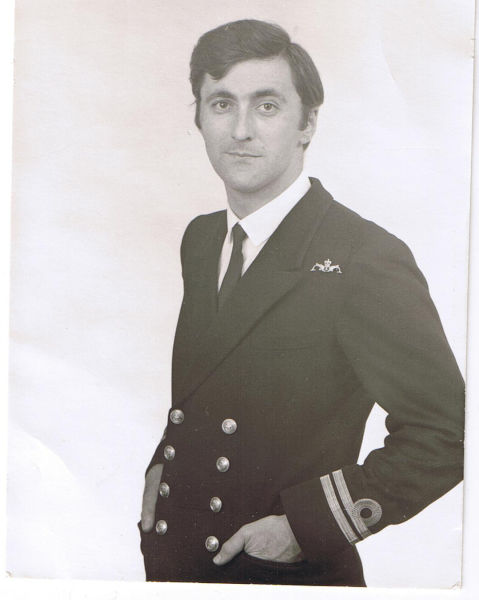 My background is that I joined the Royal Navy from school as a Cadet in 1962 and then served for nearly 37 years until normal retirement in 1999 at the age of 55. My main service was in submarines and the picture shows me when I was a young Lieutenant in the nuclear-powered Fleet Submarine HMS Courageous in 1973.

Just after leaving the navy I noticed the post of Director of the Antiquarian Booksellers’ Association (ABA) advertised in The Guardian. My wife and I collect modern first editions in a small way and it sounded an interesting job so I went for interview. Happily my face seemed to fit and I worked for them for fifteen very enjoyable years (I was later told that I had got the job because I clearly knew nothing about antiquarian books but did seem to have the potential to herd cats – booksellers can be quite anarchistic). After the first party we attended my wife (a naval daughter and long-serving financial journalist with Reuters) said “they’re just like a mixture of naval officers and journalists: they have the same ‘my word is my bond’ code of ethics as the navy but they’re much more intelligent; and they drink as much as journalists but they’re more refined!”


During my wife’s retirement course they advised her to find plenty to do and that she should continue to work an “office day”, so I determined to follow that advice. Happily, before I left the ABA a colleague had asked me if I would like to take over her allotment in Walthamstow, a six mile cycle ride from our house near Liverpool Street Station. I can spend hours and days up there! I’m membership secretary for our local residents’ association and run their e-mail group, and I attend a couple of French classes a week at the City Lit in an endeavour to speak to our French friends on a more even playing field. 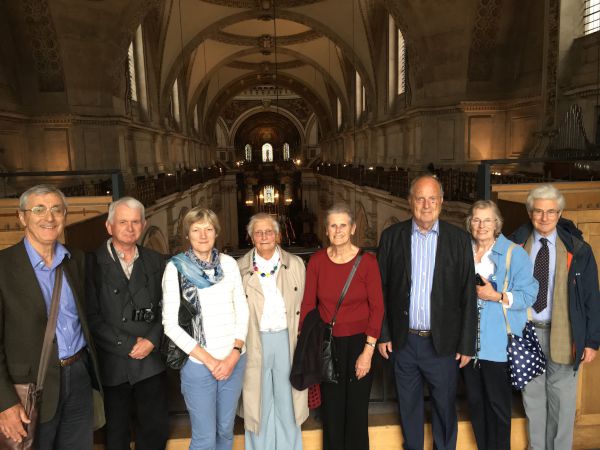 And somehow I became visits secretary of the Friends of Lambeth Palace Library: my next trip is with a party of 26 to Bruges in early May to visit an exhibition of early printing. Here a small party of Friends is exploring the Triforium level at St Paul’s Cathedral – a fascinating storage space for bits of the mediaeval cathedral, old Roman tiles and Wren’s great model of the Cathedral (the way he would have liked it).

So, with a day a week at the Fusilier Museum and my alarm getting me out of bed in time for the 7am news, I think I’ve taken the Reuters retirement advice to heart…