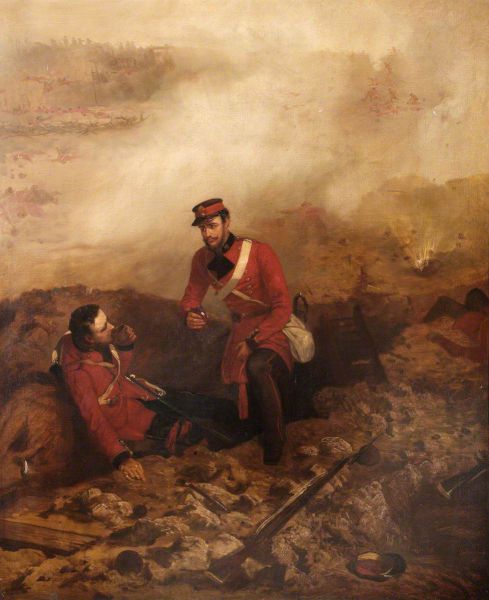 Early Life
William was born on the 12th April 1834 in Gartmore, Perthshire the son of John Hope the Lord Chief Justice of Scotland. His family were part of the MacFarlane Clan. He was educated privately at Trinity College, Cambridge.

Military Life
William was commissioned into the 7th Regiment of Foot which later became the Royal Fusiliers and served with the Regiment during the Crimean War. As a Lieutenant he won the Victoria Cross at the Battle of the Redan, outside Sebastopol, on the 18th June 1855. He went to the assistance of the Regiment’s Adjutant who was lying outside the trenches badly wounded. Finding it impossible to move him despite having 4 men to help, William ran back across open ground, under heavy fire, and found a stretcher which he brought back to bring in the wounded officer.

The award was presented to him by Queen Victoria in a ceremony at Hyde Park on the 26th June 1857.

William remained with the Regiment and became their Colonel before he retired. During his retirement he helped form the 1st City of London Artillery Volunteers which came into being on the 15th April 1863.

Later Life
William married Margaret Graham on the 29th April 1857. They had six children and lived at ’Parsloes’ in Dagenham, Essex.

His name is associated with the invention of the shrapnel shell for rifled artillery - an invention which allowed the shell to be fired further and with greater accuracy.

William also had a number of other business interests, principally in land reclamation and irrigation. At one time working with Joseph Bazelgette the chief engineer for the London Board of Works on the then new London sewerage scheme. Unfortunately the failure of the Bank that was providing the financial support for William meant that he was unable to complete his part of these works.

William died at Chelsea on the 17th February 1909 and is buried at Brompton Cemetery.