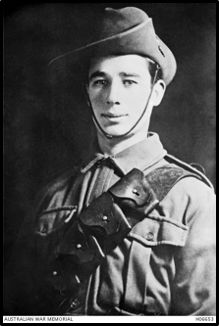 
Early Life
Samuel Pearse was born on the 16th July 1897 in Penarth, Glamorganshire, Wales to George and Sarah Pearse. During 1911 the family emigrated to Koorlong, Victoria, Australia where after leaving school George had a number of jobs, the last as a trapper.

Military Life
On the 5th July 1915 aged seventeen, Samuel joined the 7th Battalion Australian Imperial Force (AIF). They embarked from Melbourne for Gallipoli on the 10th September where they spent a short period of time before the evacuation. The Battalion were transferred to the Western Front in 1916.

On 28th September 1917 Samuel was awarded the Military Medal whilst in action east of Ypres, Belgium. The report stated that, "this man is a runner and throughout (the action) he showed an utter disregard of danger in carrying messages, guiding parties and in bringing in wounded men on every return run".

Samuel was officially discharged from the AIF on 18th July 1919 but it is probable that he had already enlisted with the 45th Battalion, Royal Fusiliers where due to his previous military service was promoted to Sergeant. He left with the Battalion to take part in the North Russia Campaign.

During this campaign Samuel won the Victoria Cross for the following action that was gazetted in The London Gazette on the 21st October 1919:
"For most conspicuous bravery, devotion to duty and self-sacrifice during the operation against the enemy battery position north of Emtsa, North Russia on the 29th August 1919. Sergeant Pearse cut his way through enemy barbed-wire under very heavy machine-gun and rifle fire and cleared a way for the troops to enter an enemy battery position. Seeing that a blockhouse was harassing our advance and causing us casualties, he charged the blockhouse single-handed, killing the occupants with bombs. This gallant non-commissioned officer met his death a minute later and it was due to him that the position was carried with so few casualties. His magnificent bravery and utter disregard for personal danger won for him the admiration of all troops." 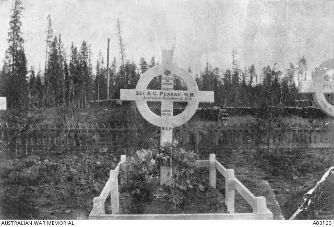 Samuel Pearse is buried at Obozerskay near the railway line between Emtsa and Archangel, North Russia and his name is commemorated in the war cemetery at Archangel. He left a widow Kitty (nee) Knox whom he had married in England on the 1st June 1919 and who gave birth to a daughter, Victoria Catherine Sarah, in February 1920. Both emigrated to Australia during 1920.

His Victoria Cross, Military Medal and 1914–15 Star Medal are on display at the Australian War Memorial in Canberra.