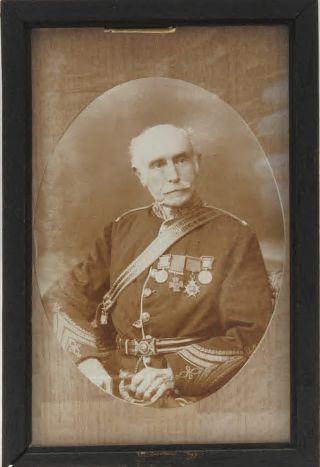 Early Life
Thomas Egerton Hale was born on the 24th September 1832 at Cook Pit Farm, Faddiley, near Nantwich, Cheshire, the son of George and Sarah Hale. He was educated at Grove Park School Wrexham, Queens College Birmingham and Kings College London. He became a Member of the Royal College of Surgeons in 1854.

Military Life
Thomas joined the 1st Battalion, 7th Regiment of Foot, later the Royal Fusiliers on the 14th December 1854 as Assistant Surgeon aged 22. Shortly afterwards he was sent to the Crimea and in September 1854 won the Victoria Cross which was gazetted in the London Gazette on the 5th May 1857.

The citation reads:
"First.  For remaining with an officer who was dangerously wounded, (Captain H.M. Jones, 7th Regiment), in the fifth parallel, on 8th September, 1855, when all the men in the immediate neighbourhood retreated, excepting Lieutenant W. Hope and Dr. Hale; and for endeavouring to rally the men, in conjunction with Lieutenant W. Hope, 7th Royal Fusiliers.

Secondly.  For having, on 8th September, 1855, after the regiments had retired into the trenches, cleared the most advanced sap of the wounded, and carried, into the sap, under a heavy fire, several wounded men from the open ground, being assisted by Serjeant Charles Fisher, 7th Royal Fusiliers."

Following the Crimean War, Thomas served during the Indian Mutiny (1857-1859) and stayed in India for a further 10 years reaching the rank of Major. In 1869 Thomas became Medical Officer to the 43rd Regiment of Foot later the Monmouthshire Regiment and in 1873 the 94th Regiment of Foot later the Connaught Rangers. He retired from the army with the rank of Surgeon Major in 1876. 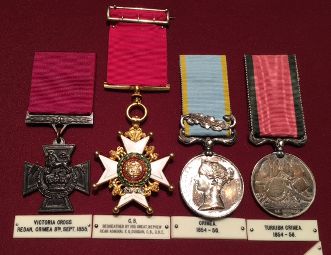 Later Life
Thomas retired to the family estate at Faddiley following the death of his father and lived there until his death in 1909. Thomas Egerton Hale’s medals are held at The Army Medical Services Museum, Aldershot.