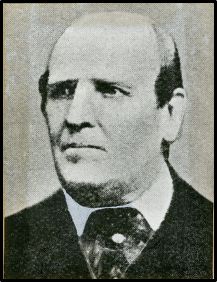 Early Life
Matthew Hughes was born in Bradford, Yorkshire in 1822 the son of Samuel and Alice Hughes.

Military Life
Matthew enlisted on the 7th March 1840 but bought himself out in 1844 only to re-enlist six months later.

Hughes was about 33 years old and a private soldier when, during the Crimean War, he was recommended for the Victoria Cross for bravery at Sevastopol. The full citation was published in the London Gazette on the 24th February 1857:
‘’Private Mathew Hughes, 7th Royal Fusiliers, was noticed by Colonel Campbell, 90th Light Infantry, on the 7th June, 1855, at the storming of the Quarries, for twice going for ammunition, under a heavy fire, across the open ground; he also went to the front, and brought in Private John Hampton, who was lying severely wounded; and on the 18th June, 1855, he volunteered to bring in Lieutenant Hobson, 7th Royal Fusiliers, who was lying severely wounded, and, in the act of doing so, was severely wounded himself.’’

Matthew was amongst the first to receive the Victoria Cross from Queen Victoria on the 29th of January 1856, achieving the rank of sergeant that same year. He was later demoted eventually finishing his army career as a Corporal.

Matthew also served in the East Indies and in Gibraltar. During the course of his army career he served a short time in a civil prison, was Court Marshalled twice, (once later pardoned) and was listed in the Defaulters Book no fewer than twenty one times.

Later Life
Upon leaving the Fusiliers he became a Lodging House and later a Beer House Keeper. He married Ellen and had a daughter Mary Anne in 1860. Matthew died on 9th Jan 1882 and is buried at The Undercliffe Cemetery, Bradford, Yorkshire.