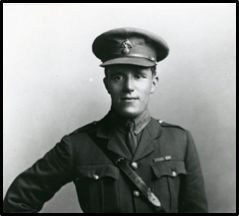 
Early Life
Frederick was born in Hammersmith in 1891, the son of Thomas Palmer a Taxi Cab driver. In the 1911 Census Frederick's occupation is shown as a Publishers Assistant. It is possible that he was working for his brother Herbert Cecil who was the manager of a publishers at this time. By the time of this census his mother was dead.

Military Life
Although it has not been possible to trace Frederick’s Service Record his award of the 1914-15 Star medal indicates that he was serving on the Western Front during 1915. We know, too, that the 22nd Battalion landed in France on the 16th November 1915. The battalion first saw service in the Bethune area before being engaged in the Battle of the Somme.

On the 29th December 1916 Frederick was awarded the Military Medal, though we have been unable to discover the reason for this award.

Frederick won the Victoria Cross on the 17th February 1917 during the attack on Hill 130 at Miraumont near Courcelette in the Somme area and this was gazetted in the London Gazette on the 3rd April 1917. 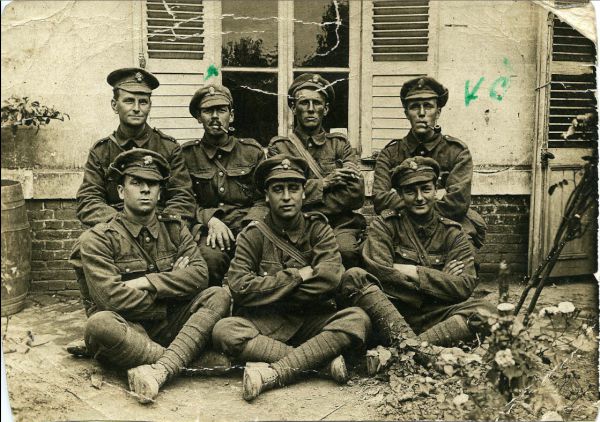 RFM.ARC.3504 - Photo-postcard of Frederick Palmer and soldiers from the 22nd Bn. “Seven of the lads that went over and bombed the old Bosh in his sleep on 8th July all returning safely. Taken July 11th 1916”

The citation reads:
‘’For most conspicuous bravery, control and determination. During the progress of certain operations, all the Officers of his Company having been shot down, Sgt. Palmer assumed command, and, having cut his way under point blank machine gun fire, through the wire entanglements, he rushed the enemy’s trench with six of his men, dislodged the hostile machine gun which had been hampering our advance, and established a block. He then collected men detached from other regiments, and held the barricade for nearly three hours against seven determined counter-attacks, under an incessant barrage of bombs and rifle grenades from his flank and front.

During his temporary absence in search of more bombs an eighth counter-attack was delivered by the enemy, who succeeded in driving in his party, and threatened the defences of the whole flank. At this critical moment, although he had been blown off his feet by a bomb, and was greatly exhausted, he rallied his men, drove back the enemy and maintained his position.

The very conspicuous bravery displayed by this Non-commissioned Officer cannot be overstated, and his splendid determination and devotion to duty undoubtedly averted what might have proved a serious disaster in this sector of the line’’

Frederick Palmer was invested with his Victoria Cross, and presented with his Military Medal, by King George V in Hyde Park, London on the 2nd June 1917.

On the 14th March 1918 Frederick was commissioned as a 2nd Lieutenant.

On 31st January 1918 the Battalion was disbanded and Frederick joined the Royal Flying Corp as an Observer.

Later Life
Sometime after the end of the war Frederick moved to Singapore where he became a Director of a number of companies. He returned to the UK in 1940 joining the RAF as a Pilot Officer (Administrative) and rising to the rank of Wing Commander. Unfortunately when the Japanese invaded Malaya in 1941 Frederick’s wife Doris and his two children were interned until Frederick’s return in late 1945. Frederick died whilst living at Hordle, Hampshire on the 10th September 1955.