The Fusiliers in Korea

In 2012, the Museum ran an oral history project named 'Speak to Me'. Work experience students were granted the opportunity to speak to Fusilier veterans, a number of whom had served in the Korean War (25 June 1950 – 27 July 1953).
To commemorate the 70th Anniversary of the Korean War, this online exhibition shares the stories of three Fusiliers; Lieutenant Colonel George Pettifar, Mr Jim Jasper and Mr George Rose, in their own words.
On 9th June 1952, the 1st Battalion RF marched through the City of London where the Lord Mayor took the salute. All members were then treated to lunch at the Guildhall. George Rose remembers that his father watched the parade with pride:
Transcription 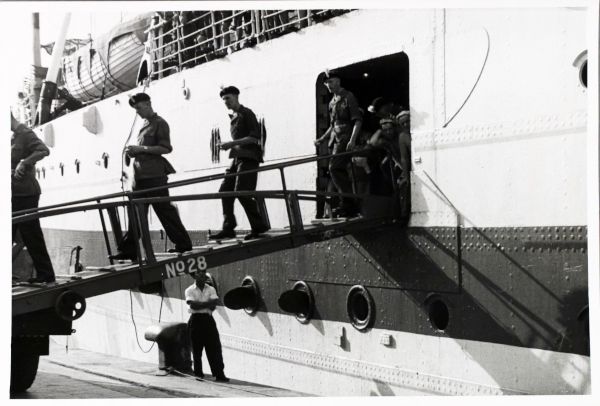 From London, the 1st Battalion sailed from Liverpool on the 'Empire Halladale' and arrived in Korea six weeks later.
Some soldiers, like Jim Jasper, were reservists who made their way to the Battalion a little while later:
Transcription

Many Fusiliers volunteered to serve in Korea, some were aware of what was happening in the country, whilst others like George Rose had not even heard of Korea but wanted the opportunity to see more of the world:
Transcription 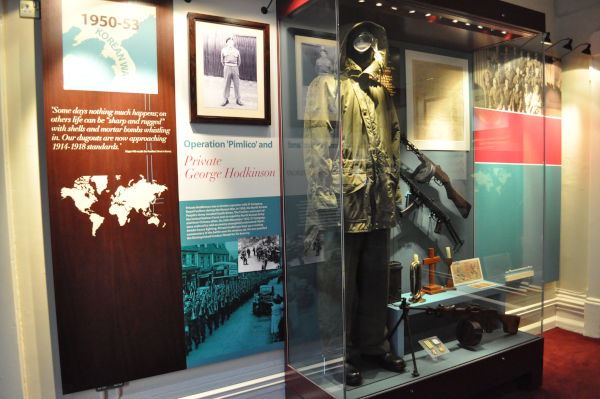 Once in Korea, the first Winter took its toll on the soldiers and their equipment. Sentry duty and patrolling was especially tough, and, as George Pettifar remembers, not even the trucks were safe from the harsh cold!:
Transcription

Thankfully, by the time the 1st Battalion went out in 1952, they were much better prepared for the freezing temperatures:
Transcription

The image on the right, from the Fusilier Museum, shows us that those parkas were very warm indeed. 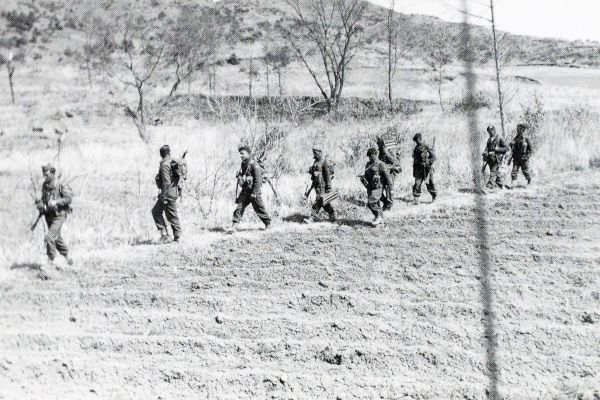 George Rose landed in Korea in the Summer of 1952 and struggled with the changing climate:
Transcription

Though the weather was not something the Fusiliers were used to, the fighting was very similar to the First World War, as nighttime raids and Trench warfare subsequently became the mode of fighting.

Jim Jasper was a line signaller during the war; an incredibly important role which ensured that messages were transported by repairing lines, often risking their lives due to shelling:
Transcription
During their downtime, soldiers would play sports, games and visit the local villages. Though they did not have much interaction with civilians, many soldiers did receive anti-war propaganda from the Chinese People's Volunteer Army in the form of Christmas cards and leaflets, urging them to stop fighting and return home to their loved ones. Below is an example of the propaganda material: 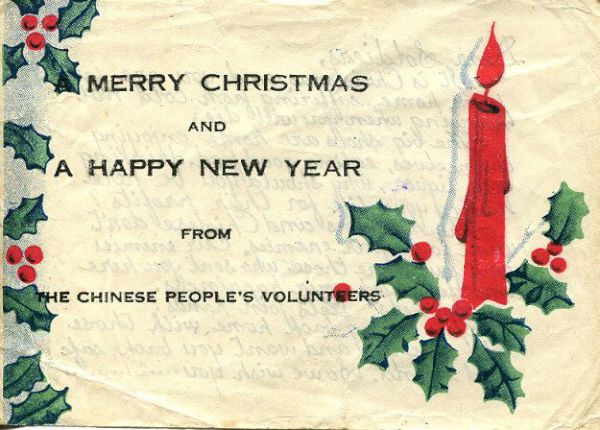 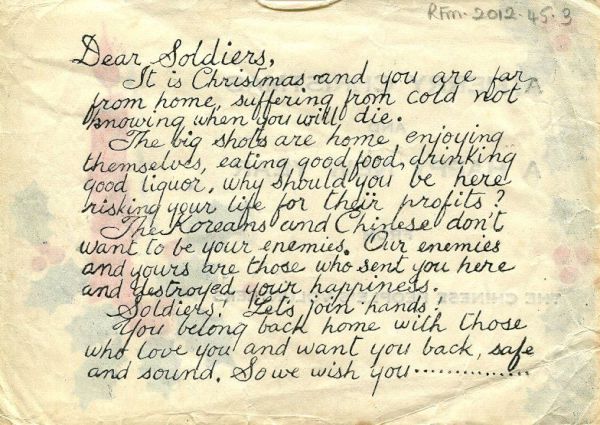 Finally, on 27 July 1953, the Korean Armistice Agreement was signed by representatives of the Korean People's Army, Chinese People's Volunteer Army and the United Nations Command.
For Jim Jasper, the day of the ceasefire was the most memorable:
Transcription
After Korea, George Pettifar went on to serve in Northern Ireland, eventually reaching the rank of Lieutenant Colonel and served as the London Regiment's Area Secretary for a number of years. He passed away just before his 90th birthday in December 2017.
Jim Jasper went on to serve in Egypt and joined the Territorial Army for three years after his regular service had come to an end. He was very involved with the Fusilier Association once he retired in the late 1980s. Jim passed away in December 2019.
George Rose also signed up with the TA after Korea and worked in a Bank for the next 40 years. George is the current Treasurer for the 1st Battalion RF and the Royal Regiment of Fusiliers (London) Branch of the Fusiliers Association.
To conclude this online exhibition, we hear one last time from George Rose on how his time in Korea affected him:
Transcription