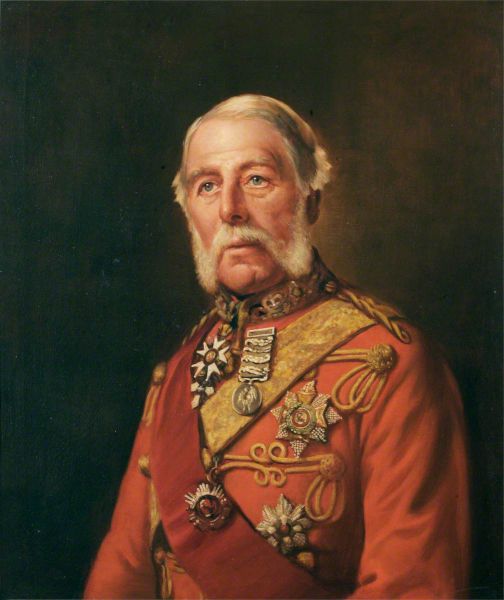 Richard Airey was appointed Colonel of the Royal Fusiliers on 1st May 1868 and remained in post until his death in 1881.

He was born in Newcastle and educated at the Royal Military College, Sandhurst. Before his appointment as Colonel, Airey commanded his own Brigade in the light division during the Crimean War (1854) and he was the Governor of Gibraltar from 1865 to 1870.

Airey clearly cared about the wellbeing of the soldiers under his command, through starting the practice of providing an evening meal for soldiers. This was unheard of at the time, as it was customary for soldiers to not have anything to eat between lunch and breakfast the following morning! He also conceived the idea of a regimental canteen which was then adopted across the whole army.