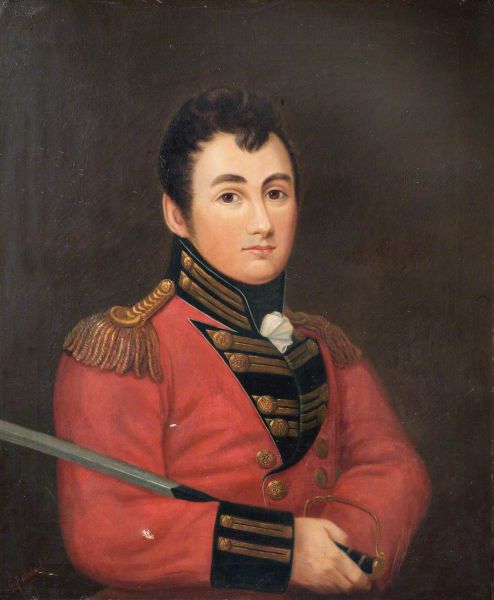 
William Myers was born on 27th Nov 1783 the son of Lieutenant-General Sir William Myers, who died in 1803 while commanding British forces in the West Indies.

Myers was appointed Commanding officer of the newly formed 2nd Battalion of the Royal Fusiliers in 1804. The Battalion fought in Portugal during the Peninsular War under Myer’s command, until he was put in command of the Fusilier Brigade, made up of two Royal Fusilier Battalions and the 23rd Royal Welsh Fusiliers. The Brigade was almost wiped out at the Battle of Albuera on 16th May 1811, where Myers was hit by a musket ball whilst encouraging his men to advance on the French. Myers died the next day from his wounds.

The museum owns two more portraits of Myers; a miniature as part of a mobile War Memorial dedicated to the soldiers killed during the Battle of Albuera, and a portrait painted by one of his descendants and gifted to the museum.